In Our Constantly Evolving World, How Do You Gain an Advantage? 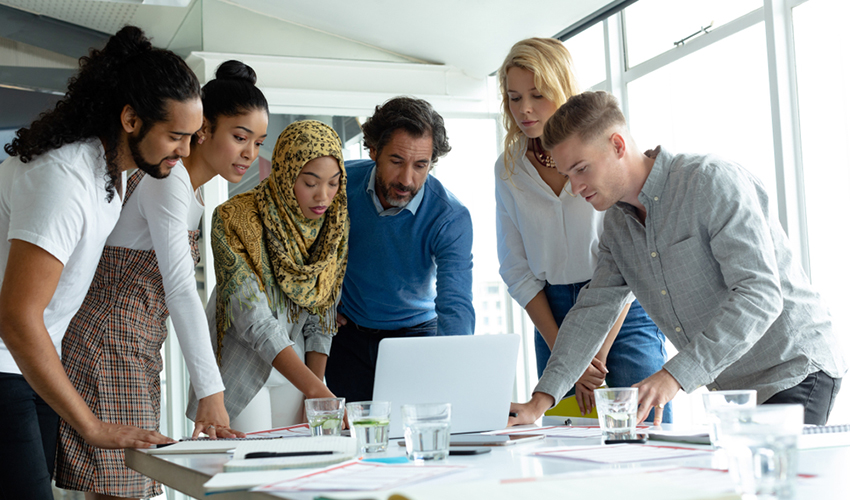 Let’s start with this simple fact, the world is changing. If one were to compare early 2019 to early 2022, despite the short three-year time span, the differences are exceedingly numerous. Yes, Covid-19 has severely impacted the majority of our lifestyles from social to professional. It has been so momentous that the global supply chain has been disrupted so extremely, the shortages are set to last into 2023.

Adaptation is a necessity that must be consistently and constantly assessed, not pushed aside until times of unimagined crisis. The pandemic only strengthened this analysis, in regards to business operations. The reliance on China to the continued use of legacy systems all contributed to the significant complications of the global shortage.

So, what to do? Future pandemics are not the only complication on the horizon of our coming tomorrow. Geopolitical tension and tariffs come and go. Likewise, relying too heavily on one country’s manufacturers exacerbates shortages if a country’s in lockdown. What can be done to compete with other organizations dealing with the exact same problems? How can you find a solution that mitigates the damage done by disasters, lockdowns, and geopolitical tension and still come out strong?

Actually, there’s a fix for that. Funnily enough, this simple action can prompt an entire chain reaction of positive and advantageous change. It is to make diversity a top priority.

Diversity: The Edge You Will Never Lose

Now, the concept of supplier diversity is not a completely new idea. Originating in 1953 with the development of the Small Business Administration (SBA), the goal was to ensure that small businesses were given fair and equal opportunities to bid on and win federal contracts to sell their products and solutions.

The original concept has since been revised and edited throughout the years. It is now “an array of small business owners from all ethnic, racial, gender and disadvantaged groups providing products and services to government agencies, as well as major companies and corporations,” according to the SBA. Some of the earliest adopters of supplier diversity programs were General Motors and IBM in the late 1960s. While that may come as a surprise to some, it wasn’t the case for either corporation.

The reason behind their decision to embrace diversity was based on outreach. IBM, for example, established its diversity program in order to provide opportunities for suppliers who can add value to every region it operates. That meant establishing contact and a partnership with suppliers in sparsely populated regions at the beginning. Why? Because the small businesses there knew the region and the people within it better than out-of-region larger partners.

In 2003, IBM expanded that diversity program beyond the U.S. and onto the global arena. Once again, for the same reason. Businesses in the regions IBM hopes to break into knowing the market there better than anyone. General Motors echoed that sentiment with this statement, “diverse perspectives always generate creative ideas and sustainable plans.”

A diverse supplier offers unique perspectives into emerging market trends among minorities, untapped regions, and more. There are a large number of advantages that give companies a leg up on the competition. One such advantage was studied by Dr. Siqi Ma, Ph.D. an assistant professor in the Department of Management at the University of Akron. It revolved around solving collaboration issues along supply chains and, according to Dr. Ma and his co-authors, the solution to this problem is rather simple.

Hire more women, Dr. Ma’s research concluded. In his research, Dr. Ma found that women were not only more collaborative than men, but they were able to maximize joint gains at a higher rate. The most pertinent point, however, was that supply chain teams composed of all women achieved the highest rate of supply chain efficiency. Even better than their mixed-gender and all-men teams.

As of 2020, according to Gartner Inc.’s Women in Supply Chain Survey, only 39% of supply chain jobs are held by women. When it comes to top supply chain positions, only 17% are composed of women leaders. While the numbers are climbing, compared to the percentages in 2016, many companies can still do better. Especially, when the return of hiring more women results in a massive increase in supply chain efficiency.

This research was echoed during a report conducted by Marketing Charts in relation to data published by the U.S. Census. In the U.S. the total minority population, classified as all groups that do not identify as non-Hispanic, single-race whites, reached 123.5 million in 2015. That is 38.4% of the entire population in the U.S. By contrast, the white-alone population grew only by 0.1%.

After the 2020 U.S. Census, that number has only increased with Latino and Hispanic identifying Americans contributing to half of the U.S. population’s growth between 2010-2019. A closer look shows that newer generations of Americans possess a greater racial diversity with only 49.6% identifying as single-race white compared to the boomer generation of 71.6%.

The U.S. is becoming a more diverse nation. Those that partner with a diverse supplier will gain that needed competitive advantage of this increasingly diverse population of consumers. Not only that but, as General Motors stated, “diverse perspectives always generate creative ideas,” or new solutions to problems through innovation.

The perks, Suarez goes on to list, go beyond innovation and collaboration goals. In regards to consumers, changing markets, and revenue growth, once again, diverse suppliers come out on top.

The More Opportunities You Give, the Greater Your Return

In 2015 the Atlanta-based business consultant, Hackett Group, found companies that participate in a long-term supplier diversity program can generate a 133% greater ROI than those firms that rely on traditional business. The companies surveyed reported that “supplier diversity programs drive an additional $3.6 million to an organization’s bottom line for every $1 million spent in procurement operating costs.”

This research was further confirmed by a study conducted by the National Minority Supplier Diversity Council (NMSDC). The NMSDC reported that certified Minority Business Enterprises (MBEs) generated over $400 billion in economic output. If that wasn’t big enough MBEs also created and preserved over 2.2 million jobs which contributed $49 billion in revenue to local, state, and federal tax authorities.

The U.S. Census Bureau in 2015 estimated that minority purchasing power reached $2 trillion that year. By 2030 it’s expected that number will increase again to a massive $3 trillion, a large percentage of which goes right back into the economy and buying products from minority or women-owned businesses. An example of this beneficial advantage can be seen by the massive corporate giant, Coca-Cola.

After pledging over $800 million annually on diverse suppliers with a plan to raise that number to $1 billion by 2020, favorable views of the company rose to 45%. Even better, 49% of people were more likely to use Coca-Cola products based on the company’s pledges toward increasing diversity. It was estimated these perceptions would lead to an additional 670,000 consumers a year.

These opportunities, the competitive advantage, and the growing market that benefits from working with a diverse supplier are limitless. Research and studies on the effects of supplier diversity are consistently done and assessed. No matter what aspect seems to be studied, the results tend to remain the same. That result?

Supplier diversity gives an impactful advantage to any sector of business and shouldn’t be ignored.

The Diverse Distributor You Need

Area51 Electronics celebrates diversity. As both a certified Small Disadvantaged Business (SDB) and Minority-Owned Enterprise (MBE), we are always looking for new, fresh perspectives in talented people. Without our team’s innovation, we wouldn’t be able to navigate the global chip shortage as well as we have. Not only did we make it through the shortage strong, but we grew immensely from our ability to handle our partners’ needs quickly.

Our diverse team is the reason we are able to use collaboration to our advantage. Hence, the name “Collaborative Advantage” that we offer to all partners. As a team with so many unique perspectives, we know the importance of setting each other up for success and want everyone to experience the benefits of supplier diversity.