The Meaning Behind Area51 Electronics

What's the difference between Area 51 and Area51 Electronics? While we don't actually have UFOs or any extraterrestrial products, we do have a crew of "aliens" (our team members) who are here to provide expertise in verified electronic, electrical, and electromechanical components, hardware, and assemblies for the latest technology.

A Spotlight On Our Founders

Why the name, Area51 Electronics? We have our founders to thank for that! Their creative minds and love for the unknown inspired our mysterious and nerdy name. 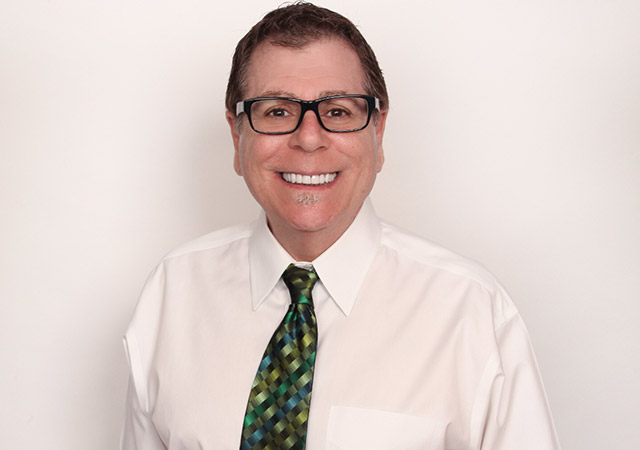 The idea behind the Area51 Electronics name came from one of the company's co-founders, President Steve Shammah, and his love of anything space-related. A self-described space geek with a passion for “Star Anything” in reference to the beloved Star Wars and Star Trek shows and films that shaped his youth. A fascination that extends into anything from NASA, JPL, SpaceX, Northrop Grumman, Boeing, and more. Shammah said in regards to the actual Area 51 base, “the mysticism behind it, the story, the secrets, the people, especially involving military testing of new weapons... all these things just fascinate me… hence the name Area51 Electronics." 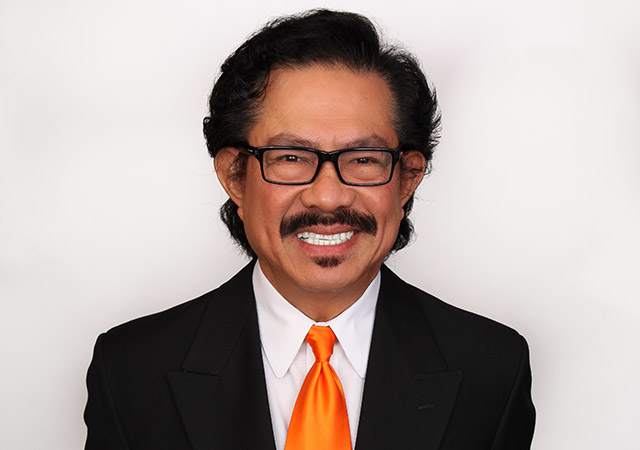 Peter Nguyen is a co-founder of Area51 Electronics and the current Chief Financial Officer. With over 24 years of experience in the electronics industry, Peter possesses a wealth of knowledge starting with his education. He holds a B.S. in Accounting, participated in an MBA program with an emphasis on Accounting and Finance, and earned his Professional Accounting Certificate within that time. Does he believe in aliens? “Yes,” he said. However, he added with a cheeky correction, “at Area51.” 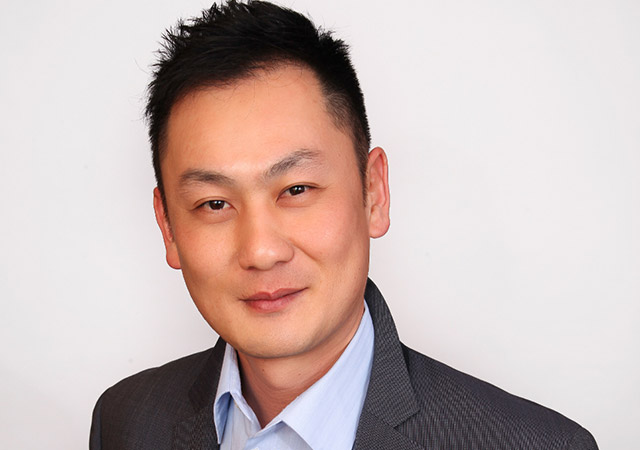 Travis Lien is a co-founder of Area51 Electronics and serves as the current Director of Logistics. Travis has over 14 years of experience in logistics and described his passion for the area comes from the constant discovery of new information. He said, “I've learned so much and still I am finding new things every day to learn about.” It’s the kind of curiosity that’s fostered and encouraged among the rest of the Area51 Electronics family. In regards to extraterrestrial happenings, whether it’s fact or fiction, Travis finds the documented alien sightings an avenue to future proof. “Yes,” he said. “There have been sightings of alien ships.” The answer’s out there. In order to find it, people have to stay curious, like our Travis. 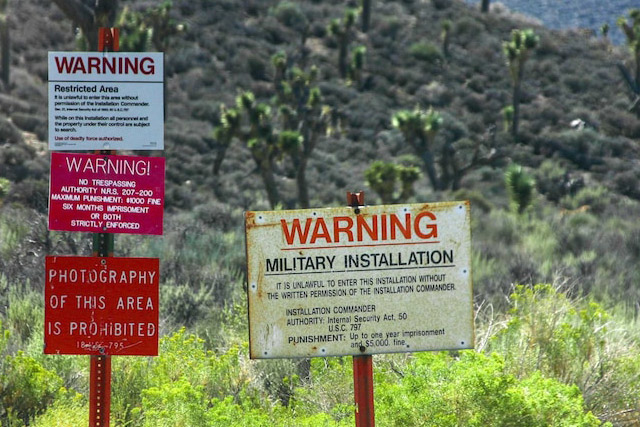 Area 51 was called “Paradise Ranch” to be more alluring for military personnel and families to move to. It certainly was a paradise, to those that adore sparse desert landscapes and the nearby salt flat, Groom Lake. Another documented name for the testing site, alongside Area 51 and Paradise Ranch, is “Dreamland.”

The facility’s more official names are Homey Airport or Groom Lake, according to the CIA. The true name is the Nevada Testing and Training Range, of which it is a small part. So why the name Area 51? The origin of the name is just as unclear as to the extent of the research that goes on inside it. Some say it is based on geographical location by the Atomic Energy Commission’s numbering grid. Though there are debates why 51 would be adjacent to the known Area 15. 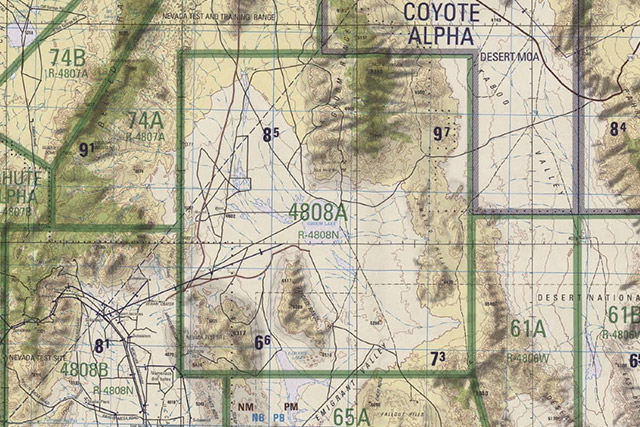 What we do know is in declassified CIA documents, the facility was referred to as Area 51 from the Vietnam war. Beyond that, no one might ever know the true reason why Area 51 was given the moniker. After all, Area 51’s existence was only recently acknowledged by the U.S. government in the 21st century decades after its creation.

This information became officially public in June 2013 due to the Freedom of Information Act (FOIA). After decades of the intense secrecy surrounding the base and its projects, conspiracies about its purpose have made it one of America’s most famous legends. 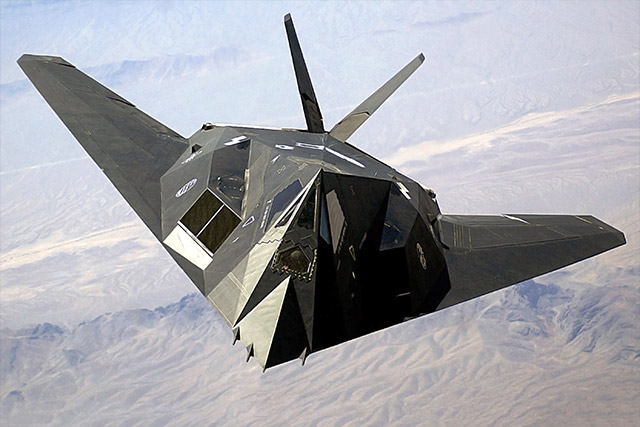 Almost immediately after being built, the strange reports began. Sightings of unidentified flying objects (UFO) and talks of tall, strange specimens called “Greys” wandering the underground halls. Unable to reveal the real details of the base’s operations due to security reasons, nearby Nellis Airforce Base resorted to calling these unexplained sightings “natural phenomena” and “high altitude weather research” when speaking to the public. 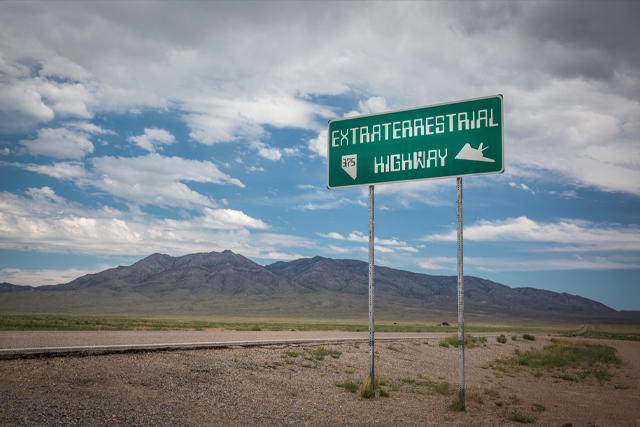 The CIA might have intentionally continued the spread of some of the wilder “alien rumors” to keep curious eyes off the developing U-2 spyplane and Blackbird projects. Something else that might have contributed to the strange bright lights? Nuclear testing.

These endless mysteries have captured the attention and curiosity of the world, fascinating Area51 Electronics so much that we decided to adopt the designation and the mission to provide electronic components for the aerospace and military industries.