Time for a Check-In: How Are We Doing with Lead Times and the Shortage? 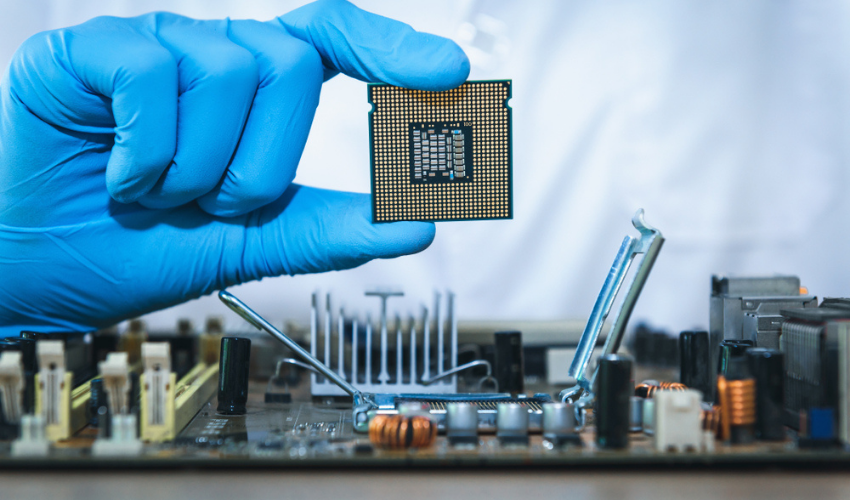 After a year of natural disasters, Covid-19 variants and lockdowns, all peppered with geopolitical tension, what’s in the forecast for 2022? Just three months into the new year, industry experts have tentatively forecasted what to expect in the third year into global shortage. While most agree that the shortage will continue throughout 2022 and into 2023, there’s a consensus that 2023 should mark the end.

That’s good news, even a year into the future. Leaders from Intel, AMD, and Nvidia stated that some electronic components that have scarce availability now, should be less severe in late 2022. Intel’s Pat Gelsinger told CNBC in October 2021 that there won’t be “a supply-demand balance until 2023.” So far, that tentative prediction hasn’t changed. Deloitte recently confirmed this prediction with an estimation that some, but not all, component shortages will ease in later 2022.

According to expert forecasts, here are some of the electronic components that will be stabilizing within the next three months. This means they will become more readily available mid-year 2022.

With strides original equipment manufacturers have made over the past two years, some components are still facing rising lead times. Covid-19 lockdowns, backlogs, and more fires are contributing to the long wait.

Yes, the semiconductor shortage is still prevalent. The shortage is still impacting a plethora of sectors that depend on certain chips within their applications and products. The automotive and healthcare sector specifically have reported inventory of median chips down to less than a 5 day supply from the normal 40-day buffer. Secretary of Commerce, Gina Raimondo, stressed in a recent statement the dangers that can arise from such a limited amount of inventory.

“A Covid outbreak, a storm, a natural disaster, political instability, problem with equipment — really anything that disrupts a [chip-making] facility anywhere in the world, we will feel the ramifications,” Raimondo said. All of those possible complications Raimondo listed happened over 2021. In fact, history has already repeated itself so early into 2022.

What is Contributing to Prolonged Lead Times?

Three days into the new year on Jan. 3, 2022, a fire broke out at ASML Holding. ASML is the sole manufacturer of lithography machines used to produce wafers for the creation of sub-7nm components. The fire affected a portion of the building where production of the wafer clamp for their EUV systems is made. It is too soon to tell how large of an effect this fire will have on recovery efforts.

Last year in March, a similar fire broke out at Renesas, a massive auto-chip maker in Japan. While Scott Keogh, VW’s North America chief executive, remained positive they would navigate the challenges the disruption presented, complications still hurt. Volkswagen would report losses in Q3 due to semiconductor bottlenecks. Overall, the automotive industry lost around $210 billion in revenue in 2021 from the semiconductor shortage.

Fire isn’t the only repeating complication in 2022 either. A Covid-19 outbreak in China’s Xi’an city is prompting a lockdown which includes the city’s NAND flash plant. Samsung warned of rising prices from the lockdown impacting its factories in Xi’an. A whopping 42.5% of Samsung’s total NAND inventory is produced in the city.

Micron Technology, another memory module manufacturer, is also facing disruption from Xi’an’s lockdown for its DRAM components. If Covid-19 lockdowns continue, there is a chance that Micron will be raising prices like Samsung from the sudden problem.

Covid-19 lockdowns and fires aren’t the only challenges on the horizon. On February 22, 2022, Russian troops entered Eastern Ukraine, where more than 90% of semiconductor-grade neon used in U.S. manufacturing is supplied from. President Joe Biden followed the action by imposing strict sanctions on Russia in response, which will further complicate the semiconductor industry’s ability to meet demand.

The next day on the 23rd of February a cyberattack on Nvidia left the chip giant struggling for two days with internal systems inoperable and, according to Reuters, completely offline. At the time of this article, Nvidia was investigating the malicious attack and was unsure if any data had been stolen or deleted.

Another big problem that slips beneath the radar in the face of bigger headlines is the lack of qualified personnel. Deloitte attributes the Great Resignation to the lack of a talent pool willing to take on the increasing demands of the semiconductor industry.

Open Fabs but No Personnel to Operate

Even if enough people could be hired, the fact remains that the semiconductor industry is in the current stage of evolution. The semiconductor industry doesn’t just need people, it needs qualified people. IDC, a global provider of market data, in their article, IDC Futurescape: Worldwide Future of Operations 2022 Predictions, said “the crisis forced rapid changes in operations – what would normally have emerged over a decade took place in a matter of months. That accelerated the move to more remote operations, the development of more distributed decision-making processes, and a shift to data-driven operations.”

Automation, another aspect many companies are looking into, requires the same kind of qualified staff. While that won’t improve lead times currently, nor sooner than everyone hopes, the goal of automating tasks is to eventually reduce the reliance on labor. “The focus,” Ambi Robotics Jim Liefer said in his article, “is resiliency.”

Liefer continued, “communication is key, as well as educating on new technologies where applicable.” Clear communication is necessary on all fronts for the industry to move forward. This means from staff to partners along the entire supply chain.

What Components Will be More Widely Available Mid-2022?

While the start of 2022 has been rocky, and an unknown year awaits us, industry experts have a more positive outlook on the second half of 2022. While certain components, like semiconductors, will have longer lead times until 2023, others will not. That includes certain components that have been affected by the lockdowns in Xi’an.

NAND and DRAM components will increase in shipments in 2022 due to a positive change in supply chain management. JPMorgan expects more IDM’s, foundries, and manufacturers coming back online will partially relieve the shortage in Q3 2022.

In February, the Mexican Automotive Industry Association (AMIA) addressed Reuters with new information that supported a possible return of pre-pandemic semiconductor levels. AMIA head Fausto Cuevas said, “we expect the shortage of semiconductors to stabilize throughout the year and towards the second semester they may return to levels that we had prior to the pandemic.”

Prices across the board, but especially in the automotive sector, are set to increase this year. The majority of companies expect this price increase will steadily drop later in 2022 and throughout 2023 as components become more readily available. So far, that prediction has not changed and, if market expectations hold true, 2023 will be an official return to a post-pandemic normal.

Will the Shortage Really End in 2023?

Unfortunately, there’s no way to know when the effects of the shortage can be deemed “over.” The complications that arose at the start of the Covid-19 pandemic were not the sole reason behind the cause of the shortage. While many of these issues exacerbated the existing problems, overreliance in one geopolitical global area, legacy systems that were ill-equipped to handle the surging demand, and frequent lockdowns, merely solving them will not put an immediate end to the shortage.

Most corporations, government bodies, and small businesses alike know this. Industry experts like Pat Gelsinger at Intel see some form of stabilization in 2023. There is an expectation that the worst will be over. Many semiconductor manufacturing companies, including Samsung, TSMC, Intel, and others have been working together toward a solution.

TSMC plans to spend upwards of $44 billion to expand capacity. Samsung is setting up to triple foundry capacity by 2026 with vows to spend upwards of $116 billion over the next decade. Intel is investing $28 billion on new plants and equipment in an attempt to help create a semiconductor manufacturing chain in Europe. Intel recently chose Ohio for its $20 billion factory, set to be the world’s largest semiconductor plant.

SEMI, a chip industry association, predicts other companies, alongside Intel, TSMC, and Samsung will be doing the same. The expectation in global fab equipment sales this year will reach a record high of over $98 billion. This will be the third year in a row that fab equipment sales see a spending increase following 39% in 2021 and 17% in 2020. This massive increase in spending is to meet the unprecedented and skyrocketing demands following the trend of digitization.

On March 1, 2022, President Joe Biden gave his State of the Union address. During his speech, he discussed a larger effort to return manufacturing jobs to the U.S. He emphasized semiconductor manufacturing needs to be improved domestically, pleading the House to pass the CHIPS Act soon. Pat Gelsinger was in the audience with a promise to pledge $100 billion, rather than $20 billion, to Ohio’s planned mega-site should it pass.

All of which was made pertinent by the Covid-19 pandemic being the catalyst.

Thoughts on What To Do

In this case, the old adage rings true, slow and steady wins the race. While many companies are working near-constant shifts behind the scenes to adapt to a new style of operations, automation, data-driven decision making, and more, the industry as a whole must wait. Things will stabilize, especially now that vulnerabilities in supply chains are being re-examined and assessed on how to change. Some of the largest corporations in the industry are working together by contributing billions of dollars to create more factories in various countries rather than one geopolitical location.

It is only a matter of weathering the storm until the sun starts filtering in from behind those dark clouds. Jack Kang, SVP of Business Development and Corporate Marketing at SiFive, the first fabless semiconductor company, wrote it’s time to look at the shortage differently.

The shortage has inspired dozens of companies, from Tesla to Amazon, to develop their own chips in-house. Demand will continue to rise and investments into electronic components will increase and “further propel this golden age of semiconductor design,” Kang went on. It couldn’t be a more appropriate time to invest in innovation, at any level within the industry.

It’s been said before by one of the most influential people within the electronics sector. Andy Grove of Intel said, “bad companies are destroyed by crises, good companies survive them, great companies are improved by them.” It turns out more people are great over good.

Plans for the Future

Innovation is the key to a more successful tomorrow. Beyond that, SourceToday and Basware have a few predictions for 2022 aside from automation. One of the biggest? A spotlight on supplier diversity. Something that Area51 Electronics knows goes hand in hand with innovation.

As a diverse supplier, Area51 Electronics has several key advantages that give its partners the competitive edge they need. An independent and authorized distributor with a team of dozens of unique individuals makes it the perfect think tank for innovation. Our different perspectives and various backgrounds prompt us to be collaborative team players. After coming out of the 2021 year stronger than before, we aim to continue pushing our partners toward the same success.

Supplier diversity, being an authorized and independent electronic component distributor, and more are aspects of our unique company approach called the collaborative advantage. Going into the future, Area51 Electronics aims to continue working with buyers and component manufacturers so everyone gets through these crises together. By linking our different but complementary skills together, a stronger supply chain is just one of the many benefits that we’ll achieve.

The shortage has been a rough ride on everyone, but with Area51 Electronics at your back, you’ll come out better-equipped and ready for the future.