The Key to Easing Future Shortages Lies at Home 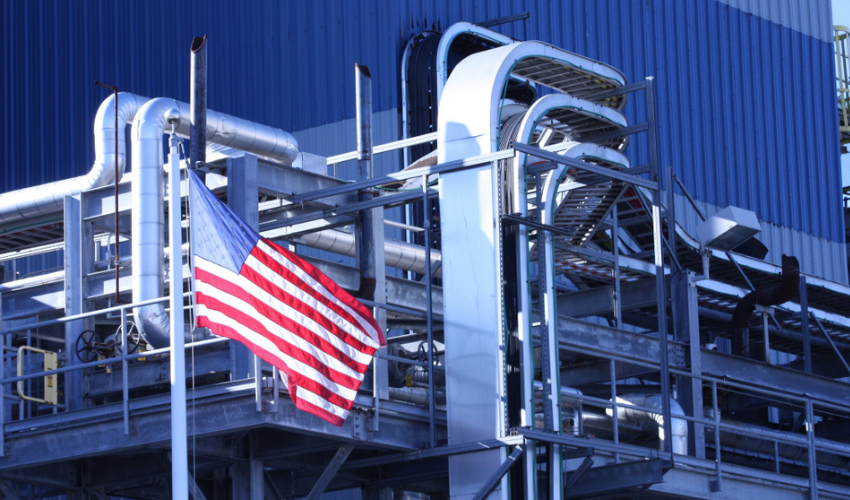 U.S. domestic production of semiconductors is at an all-time low. In the 1990s, the U.S. share of manufacturing capacity was once 37%. Now, it is a small 12%. The Semiconductor Industry Association (SIA) has been aware of this gap and is commending actions made by the Biden Administration to rectify it.

The lack of U.S. domestic semiconductor manufacturing is a security risk that Gina Raimondo, the current U.S. Secretary of Commerce, reiterated in late 2021. The tendency of placing all eggs in one geopolitical basket—that basket most often being China or western Asia—puts the U.S. in a vulnerable position.

The U.S. government and American companies, such as Intel, have taken steps to return semiconductor manufacturing domestically. The Biden Administration seeks to pass two acts to help boost domestic semiconductor production, the CHIPS and FABS Acts. The CHIPS Act is part of the larger America COMPETES Act, with $52 billion for semiconductor companies. The FABS Act would set up a semiconductor investment tax credit.

Pat Gelsinger, CEO of Intel, pledged to raise Intel’s planned $20 billion for a semiconductor mega-site in Ohio to $100 billion. That investment needs Congressional passing of the CHIPS Act to go through. The House passed it on February 4th, 2022, and now faces reconciliation with the Senate.

These are tremendous steps forward. By increasing U.S. semiconductor manufacturing the U.S. would be less prone to shortages. Something that we need a lot less of after the previous few years.

Shortages Are Made by Vulnerability

American economic growth suffered from pandemic-related disruptions, automakers suffered stalled and suspended production, and inflation continues to climb. The Commerce Department investigated the issue to see the monster behind this terrifying mask and find its bogeyman. They did, the U.S. relies too heavily on outside sources for semiconductors. The result often hits harder than the last in the form of chip shortages from disruptions.

By depending on outside sources for chips, the U.S. is forced to compete with other countries that, like the U.S., need these chips. Simply put, the U.S. is at the mercy of a global supply chain—prone to disruption—and the politics of the country the manufacturer resides.

Global supplies of chips are scarce. The U.S. must wait for bottlenecks and lockdowns in countries overseas to lift before supply needs are met. Secretary Raimondo found the reliance on Taiwan to be concerning, considering China’s increasingly aggressive actions toward Taiwan. This would put U.S. advanced chip supply at extreme risk.

It’s not difficult to see the disastrous effects a shortage can have. 2020 and 2021 are only just now behind us and the world is still grappling with its effects. The global demand for chips is only expected to rise. By outsourcing the manufacturing of these chips, the supply chain becomes exposed to an increased number of risks.

Even now with the war in Ukraine and Covid-19 variants causing lockdowns across China, the U.S. is facing the third year in a row of supply issues. The future is becoming more reliant on chips with how fast the tech industry is innovating. Having a stable supply of semiconductors and other electronic components is necessary for a nation’s future.

Industries Call for Decreased Reliance on Other Countries

It should come as no surprise that the automotive and electronics industries have called on Congress to focus on increasing domestic semiconductor production. General Motors idled truck plants for the first two weeks of April in response to the chip shortage. China’s Covid-19 outbreak caused major lockdowns across Shenzhen, China’s “Silicon Valley.”

Apple supplier, Foxconn paused production at factories in Shenzhen until government approval was given to restart operations. Marvell Technology CEO, Matt Murphy, said “if you look at the situation in China, the lockdowns certainly have the potential to have all kinds of disruption in the electronics industry.”

The pandemic in China has far-reaching effects and while industries, as Murphy said, are rallying, it is only after monumental losses from the two years prior. By losing domestic manufacturing capability, the U.S. is far more prone to suffer economic losses as a result of crises affecting countries the U.S. depends on for chips.

What Can be Done in the Meantime?

Even if the U.S. government was to pass both the CHIPS and FABS act within the month, it still takes time to build semiconductor fabrication plants. With the instability of the global supply chain continuing into a third year, with wars and Covid-19 lockdowns, it’s necessary to focus on domestic production capabilities. They fortify the supply chain by removing several factors that can or may occur in different geopolitical regions such as weather, politics, and others.

While these semiconductor fabs are built it’s just as important to find an electronic component distributor that can navigate a vulnerable, global supply chain and get you what you need. Area51 Electronics makes that possible. As an independent and authorized distributor, Area51 Electronics has access to a vast portfolio of authorized lines, personal inventory, and other sourcing services.

As a proponent of their collaborative advantage, Area51 Electronics uses its expertise as an independent and authorized distributor to give companies the competitive edge they need to conquer shortages. Maximizing one another’s strengths and covering their weaknesses means a better, stronger tomorrow for everyone.

And that’s what we all need right now.